Football is a game where space and time are two very important resources for the player during the game. Many times, this space or time is gained through personal actions. Such actions are usually described as “smart” and “unpredictable”. A “smart” pass can break the pressure of the opponents and give the team more time to think and space to act. A “smart” dribble gives the team new spaces to create a play and finish it under more ideal conditions. The core characteristic of both plays is that the player is trying to mislead the opponent.

In this article we will try to analyze the possible ways in which you can become more unpredictable, guiding the opponent in the wrong path. Thus, your success rate in individual offensive actions (1v1s) and passes can substantially increase.

Your technical ability is a fundamental aspect of your game. Coupling your technical skills with unpredictability is a MUST in modern football. I’m not going to go in-depth about it. This area of ​​your game should be well developed, especially if you’re getting yourself involved in attacking situations more often.

Your general approach to training your dribbling ability should be to focus on one or two skills at a time. Master them and then progress to the next ones. Make sure the skills you’re trying to develop apply to game situations. Another important tip is to use those new moves you’re learning inside of team training to get that match-realistic stimulus. Below you can find a list of some basic skill moves that can be helpful whenever you’re trying to fool your opponent.

Here are some YouTube videos that will help you get a better idea of what we just analyzed.

The use of body language to mislead the opponent can be well integrated into the technical training of the football player. The technique is not just the use of your feet but the coordinated use of the whole body to achieve an action that offers a solution to a particular game situation. Therefore, fooling the opponent depends to a large extent on the targeted use of body language.

This process can take many shapes and forms. The player may give away a wrong signal to his opponent by using his hands (eg passing lane – show a direction to a teammate using your hands but use the opposite), change his shoulder’s direction (eg shoulder drops in 1v1s), or even use his eyes and head to mislead the opposition (eg eye contact in a different direction/teammate and dribbling/passing in another direction/teammate).

The general idea is to use any part of your body to trigger false thoughts inside your opponent’s head. Play with the mind of your opponent by whatever means you have at your disposal. Your body is one of them!

Communication is another way to guide your opponent on the wrong paths. By using your speech you can easily deceive the opponent and fill his head with the wrong information. For example, you can call your teammate by name or give a fake instruction so that the opponent is distracted by this instruction. In this way, you can literally earn both time and space, two very important resources in the modern game.

Here’s a video we’ve created that will help you understand the principle of fake calls/verbal feints and their in-game use better!

Reversed runs are typical off-the-ball movements anyone can utilize to mislead the opponent. Those runs are much steeper changes of directions (somewhere around 180 °) and are especially useful in set-pieces and whenever you want to open up and receive the ball with more space. When you’re on the ball, you can also use direction changes to your advantage. The aim is to outbalance the opponent and fatigue him/her both physically and mentally.

Off the Ball Runs

Off the ball runs, in general, are great for dragging opponents with you. They can be so valuable if you’re playing on the sidelines (fullbacks and wingers), giving your teammate(s) more space and time to act and progress the play. We’re mainly talking about two types of runs here, overlap and interlap runs. When using these, you will either a) open up a supportive passing lane for your teammate to play the ball to you or b) drag an opponent with you and allow your team to create and finish the play under more advantageous circumstances.

No matter what ways you use to mislead your opponent, the aim is always the same: to outsmart the opponent. Use every mean that we mentioned in this article to your advantage. Becoming a smarter player doesn’t always equal getting smarter in the tactical theory. Becoming a smarter player is a matter of unpredictable, smooth, and accurate execution of basic technical and tactical actions.

Use your brain more!

Thank you once again for reading our articles. If you liked it, make sure to SHARE it with some of your teammates and coaches. It would mean the world to us! Until the next article, check us out on Instagram for some daily content.

[smartslider3 slider=”3″]
Share this article. It would mean the world to us! 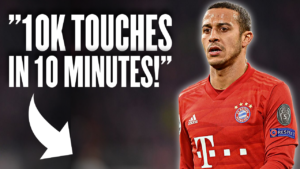 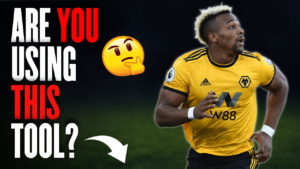