Ball Distribution – Its Importance For The Modern Goalkeeper

What’s doing, guys. My name is Alexander Brems, AKA @Danishgoalkeeping, and in today’s blog post, I’ll write about the importance of distribution for a goalkeeper today.

As many modern coaches say, “the keeper is the 11th player of the team; he is not just a shot-stopper”. The keeper has to be a part of the game, and many keepers in the world are great at this. Many south-American keepers have been good with their feet for years, but in Europe, Manuel Neuer has been the “11th player” for over 10 years, revolutionizing the position.

Keepers like Neuer, Victor Valdes, Claudio Bravo, Ter Stegen, Yann Sommer, Ederson/Allison, Andre Onana, Jesper Hansen & many others have been an important part of keeping the ball and starting the attack for their respective teams.

There are some pretty fascinating statistics out there showing how important it is to have good distribution skills for a goalkeeper.

For example, around 70-80 % of a goalkeeper’s touches are with his feet. This means that 4/5 times that you have the ball, you’re using your feet, not your hands. So, why is 90 % of most goalkeeper training about saves, catching, and using your hands? Actually, I believe it should be way less “balls to hands” and more distribution & possession.

When I grew up playing as a GK in Denmark, I was almost always with the team for possession games, before or after the goalkeeper practice, to be a part of the team’s possession in games. I went from “being nervous/scared” with the ball to a GK who does not get nervous when he has the ball, and as a former coach says, “you can’t get pressured, you always have options.”

A popular topic in the #GKUnion is how Joe Hart lost his otherwise pretty secure 1st team goalkeeper spot whenever Pep Guardiola took over. When Pep took over, he wanted the goalkeeper to be the 11th player and be a part of the game. An interesting statistic comparing Joe Hart to Claudio Bravo is shown here:

Hart & Bravo had an almost equally good season with the “normal” goalkeeper statistics. But the big factor here is the pass accuracy and the possession lost. This is the main reason that Pep changed his keeper. As I mentioned, he wanted someone to be the first line of attack, being that 11th player and someone who can help them when pressed high.

An interesting fact adding to this statistic is, why did Claudio Bravo fail? Bravo was a part of a prime Barcelona squad where he did not face many shots nor crosses in La Liga. When he came to the Premier League he was faced with more shots and way more crosses than he was used to and Guardiola was quickly looking for a replacement.

It showed after his time in Man City that Guardiola had cast the position wrong. Yes, he needed a keeper that is good with his feet but he also needs a keeper that can save points. This is why Ederson was chosen. This could be taken into another discussion which could be; Why is Ederson not the first team keeper for Brazil over Allison?

Many goalkeepers today have great distribution, but how is their game understanding? How do they distribute when there is pressure applied? When they are stressed and out of their comfort zone?

How can you develop your distribution and convince your coach that he can trust you to play out from the back? And how can you implement distribution in your goalkeeper training if you are a coach?

Every time you train, you should be working on your distribution. Whether it is a simple one/two touch passing or long balls, it is important.

Here is a video from my YouTube channel, where I have implemented distribution in the Goalkeeper Training. Feel free to “copy” and “paste” it into your own training, and let me know how it goes!

In my podcast called “Gloves On,” we had FC Midtjylland’s GK coach talking about the goalkeeper as the 11th player. Listen to it for more inspiration:

Catch me on your favorite social media (Instagram, YouTube – @Danishgoalkeeping). Also, make sure to check out the “Gloves On” podcast! 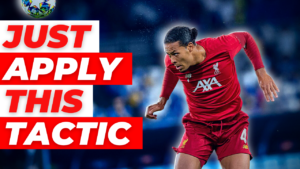 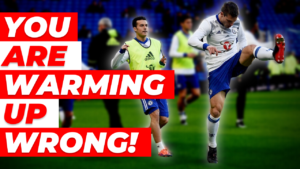 4 Warm-Up Mistakes To Avoid In Football/Soccer