How To Improve Your Shooting & Score More Goals In Football

The ultimate goal of a football game is to score more goals than the opposing team and as you may already know, shooting is the most common way to score a goal.

Having said that, it now makes sense to say that shooting is one of the fundamental technical skills of the football game. It is the most basic way to score a goal in football.

In this article, we will analyze every aspect of shooting in football, both as a technique and as a skill, to help you #levelUP your game.

What Is The Difference Between Shooting Technique & Skill In Football?

Technique in football, and sports in general, is an intentional and effective sequence of movements (i.e.shooting the ball with your laces towards a goal).

Skill in football, and sports in general, is an intentional and effective sequence of movements used to solve (a) specific problem(s) in the constantly changing/chaotic environment football has to offer (i.e. first touch that drags defender out of play, use of vision to determine target based on positioning, GK positioning, etc., execution of shot towards the target, goal).

As you may notice, technique emphasizes movement quality whereas skill requires a variety of qualities that make the execution of a certain technical aspect more or less effective.

While both you and Harry Kane might be able to shoot the ball with the laces of your foot towards no target, it requires skill to score a goal in a game environment.

You see, Harry Kane possesses a greater shooting skill level that enables him to score some fantastic goals in one of the world’s best leagues. It requires a great level of cognitive and technical skills, but also emotional management, focus, control, and dealing with internal and external sources of pressure.

Technique can be quantified in the world of kinematics and biomechanics (in terms of joint and approach angles) whereas technical skill is both a quantitative (technical aspect) and qualitative aspect of performance that goes much deeper into each action in comparison to plain technique.

What Are The Differentiating Factors Of Skill VS Technique?

Skill is your ability to use a technical aspect of your game with efficiency and control to solve a sport-specific problem. This problem you meet in-game and its solution are dependent upon multiple factors that can either increase or decrease that scenarios’ difficulty and complexity.

The more complex a game scenario the harder it is to find a solution and use it with the right timing and technical efficiency. There are certain factors that are present in your ability to execute a technical aspect of the game with skill.

Here are 5 of those according to Hirtz:

Having said all of that, we now understand that skill is much more than technique and more applicable to the constantly changing scenarios we meet inside a football match.

IF YOU WANNA LEARN MORE ABOUT “SKILL VS TECHNIQUE” CLICK HERE!

Shooting In Football – What Is It & When Is It Used?

Shooting is a fundamental technical aspect of football used to score goals. A shot is the dynamic effort of a football player to put the ball at the back of the net using his/her feet, and subsequently score a goal.

There are many different ways to shoot a ball and score a goal. These are based upon a) the part of the foot you use to strike the ball and b) the area of the ball you strike.

Part Of The Foot:

Shooting In Football – A Technical Breakdown

The first and most important step towards mastering shooting as a skill is to nail down the basic technical aspects of it. Technique is the foundational component of any game skill and is the primary determinant of the success or failure of your actions.

Here are some basic coaching points and technical cues that you should be aware of in order to master shooting as a skill in football:

Developing The Skill Aspect Of Shooting In Football

Once you master the basic technical elements of shooting (which usually happens at an early age) you should slowly transition from basic to more complex training stimuli.

This is done in an attempt to develop the skill of shooting in the context of a constantly changing aka chaotic game environment. However, this doesn’t mean that all of your drills should be complex.

In fact, a vast majority of the training time needs to be invested in sharpening the technical base no matter the age, playing level, and experience of the individual.

1. Slow down your shooting drills and strive to achieve kinaesthetic differentiation and technical mastery

The slow pace of a drill will allow you to focus on the quality of each repetition and really take control of all the kinaesthetic elements of the action (approach angle, a quick glimpse of the target, part of the foot used, part of the ball you strike, fluidity in arm movement, etc.).

This can be done in various ways. For example, you can get a feel of your shooting technique before a shooting session by shooting stationary balls into a net without a goalkeeper.

It is during those repetitions that you wanna focus on every little detail of your shooting technique.

From how you run up to the ball to where you strike it. Every little detail matters.

2. Use visual and verbal stimuli to add reactive components to your shooting drills

We mentioned that a football game is chaotic and unpredictable in nature. By including certain reactive components in training, we can get the player closer to game-realistic situations. At the end of the day, it all comes down to the perception-action coupling principle. Perceive information around you, process it, and act upon it with proper timing and quality of action. Space-time orientation is key!

THIS IS HOW TO IMPROVE YOUR REACTIONS IN FOOTBALL

Have you been performing shooting drills with a stationary ball or just a roll?

Although this might be a good starting point to get the technical elements of each shot nailed down, it isn’t quite the best way to achieve skill mastery. Including other training stimuli that make the drills more game realistic can help you with that.

From 1v1s and passing combinations to dribbling and reactionary drills. Coupling your shooting drills with other technical/cognitive/physical components can help you master the skill of shooting.

4. Emphasize the most common shooting scenarios and become exceptional at them

Just performing shots outside the box will get you nowhere. Break down your game and find the most common shooting plays you get into. Search for 3 to 4 of those and practice them deliberately.

For some it may be a 1v1 down the wing, a cut inside, and a shot while others might be marking themselves off of their defender and just scoring a tap in.

5. Take that glimpse of the target + GK – do NOT neglect this!

Awareness of your target is more important than you think. That split second view of the goal/GK triggers signals to your nervous system that heavily dictate the action you’re going to take (and its success!).

Practice that quick look of the target at training so that it can happen subconsciously when it is game time.

You won’t be able to pull this look off with every single shot you take, but the habit of looking up before shooting is key to success.

7 TRAINING STIMULI TO ADD IN YOUR SHOOTING DRILLS

How To Score More Goals In Football

Although shooting is a skill that every player should ideally master, this isn’t quite the case. Once the player acquires a certain playing style and a specific position later on in their career (16+), shooting skill acquisition can become more (attackers) or less (defenders) important.

However, shooting should be frequently trained, especially at a young age. It is a universal skill that leads us to the ultimate purpose of the game: goalscoring.

Without technical mastery, you can’t acquire a skill, and without skill acquisition, you cannot develop into an elite-level footballer.

Slow down the process and don’t rush things. Master the technical elements and slowly add various training stimuli that increase complexity and challenge you further.

Fast forward your progress and achieve a higher quality of results by training SMART. 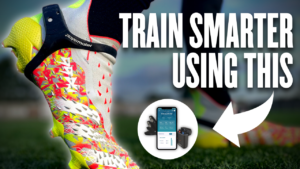 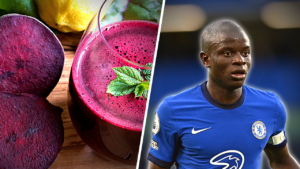 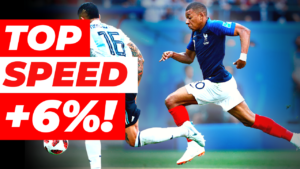